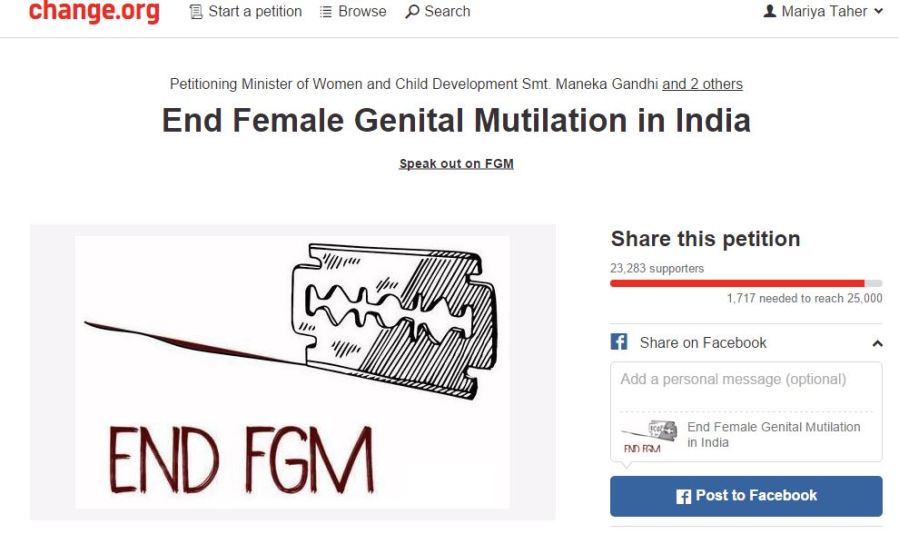 In 2011, an anonymous Bohra woman using the name ‘Tasleem’ made the first attempt to end the practice of female khatna through an online petition on Change.org. That petition was addressed to Syedna Mohammed Burhanuddin and received less than 4,000 signatures. The Bohra community has come a long way since then.

On December 1, 2015, Masooma Ranalvi and 16 other Bohra women from around the world launched another petition – this time addressed to various ministers in the Government of India – demanding a law against Female Genital Mutilation as practiced by Bohras in India. This was the first time that such a large number of women from the community decided to discard their anonymity and publicly speak out against a practice that has affected them.

The petition managed to get more than 2,000 signatures in the first two days itself, and has garnered more than 23,000 supporters so far. More notably, it has received plenty of attention and support from various media organisations, including Mumbai Mirror, DNA, Huffington Post, Scroll.in, and BBC. To sign the petition now, click here.