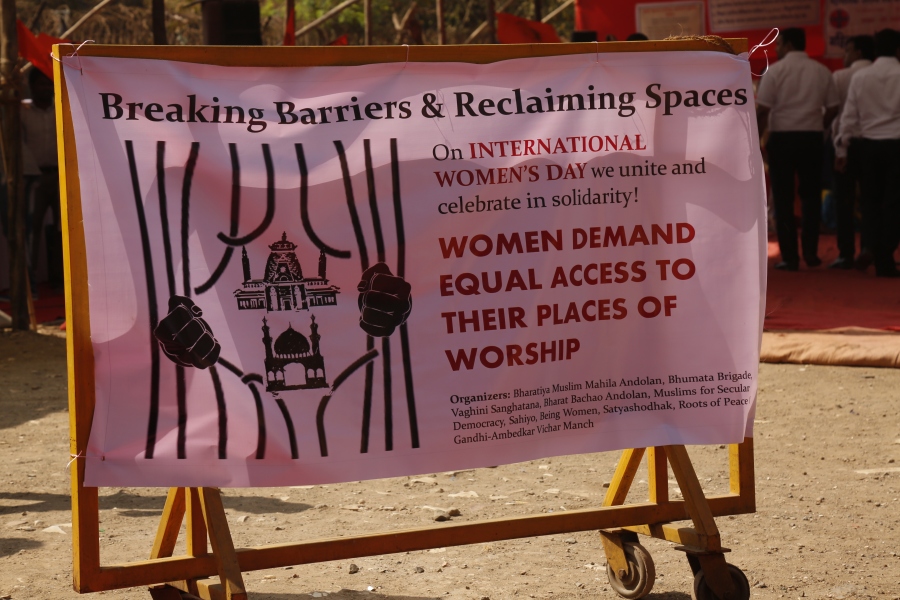 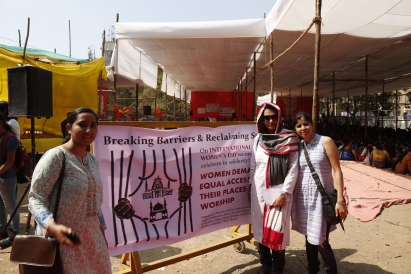 All organised, mainstream religions are patriarchal because they were made by – and are still run by – men. It was this shared sense of inequality that brought these various organisations together to assert women’s rights in religion. The Bharatiya Muslim Mahila Andolan, for instance, is fighting a legal battle to demand the rights of women to enter the inner sanctum of dargahs like Haji Ali. It is also demanding the rights of Muslim women to enter mosques, which – among most Indian Muslim sects – are out of bounds for females.

The Bhumata Ranragini Brigade, headed by activist Trupti Desai, has been protesting against Maharashtrian Hindu temples like Shani Shingnapur and Trimbakeshwar, which don’t allow women into the inner sanctum. In fact, Desai and her band of fiery women could not eventually make it to the March 8 event in Mumbai because they had been detained by the police just a day earlier, for trying storm into the Trimbakeshwar temple.

Sahiyo, represented by its three Mumbai-based co-founders, spoke about the unique issue of female khatna in the Dawoodi Bohra community through a speech by Insia Dariwala. The speech emphasised that khatna is an act of child abuse irrespective of the reasons cited for its necessity by religious clergy and some community members. Read all of Insia’s speech here.