From March 16-19, 2016, I represented Sahiyo at the Women Deliver 2016 Conference in Copenhagen, Denmark, having been invited by Orchid Project to speak at a side event they organized in conjunction with The Girl Generation. 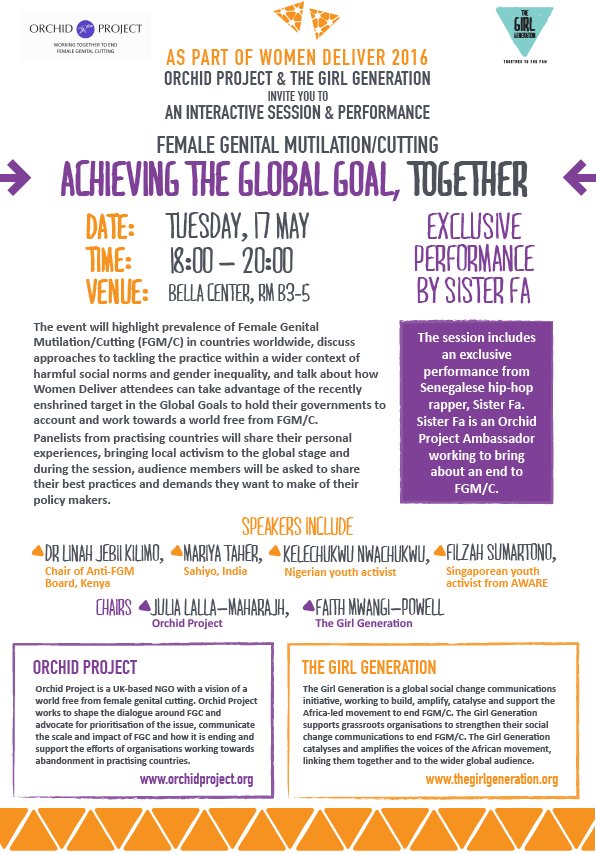 The event was put together to allow panelists from practicing countries to share their personal experiences, and help to bring local activism on this issue to the global stage. One particular aim of the panel discussion was to highlight that FGC occurs in more parts of the world than previously acknowledged. I spoke on the nature and history of FGC occurring in the Dawoodi Bohra community both in India and amongst the diaspora communities of Dawoodi Bohras globally, including in the United States where I was born. Another speaker, Filzah Sumartono, a Singaporean youth activist from AWARE, spoke about the continuation of FGC amongst Malay populations in her county of Singapore, as well as the research attempts being made to learn more about how widespread FGC is in Singapore. 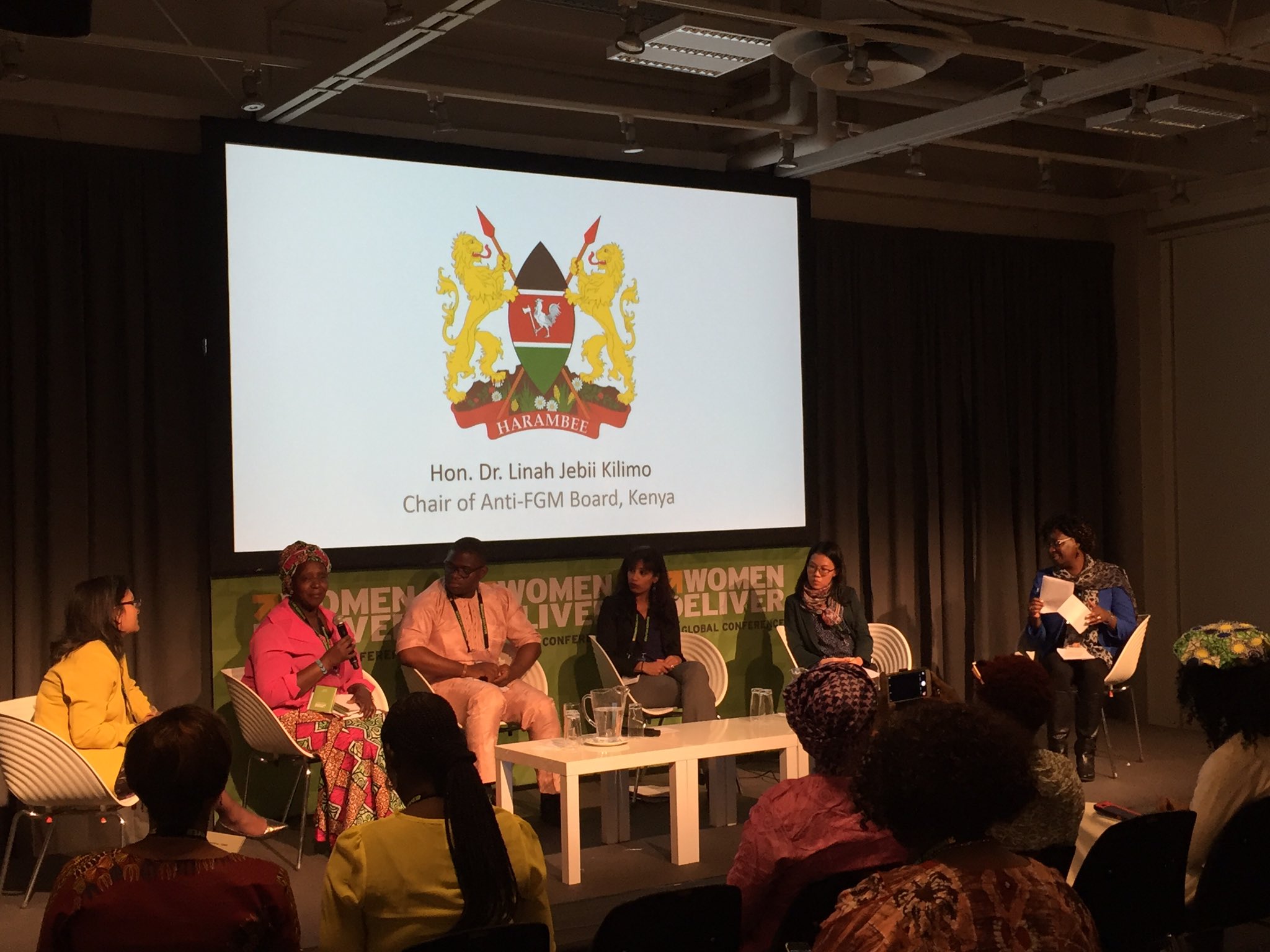 I was pleasantly surprised to learn that so much more attention was being given to the topic of FGC and how to end it overall at the Women Deliver 2016 Conference. Besides the side event in which Sahiyo participated, several more sessions were held to discuss the work currently being done on ending this form gender violence, as well as what future strategies are needed to achieve progress towards the U.N. Sustainable Development Global Goal target 5.3 which specifically addresses child marriage and FGC.

In fact, during the opening plenary of the conference, the Crown Princess Mary of Denmark addressed FGC in her speech, stating that when it comes to addressing issues such as child marriage or female genital cutting, “less bad is never good enough”.

On the conference’s opening day, the World Health Organization held an event in which they launched the release of the new World Health Organization guidelines for improving healthcare for those who have undergone female genital cutting. The recommendation of the new guidelines focus on prevention of FGC, and better supporting those who have been cut, including the urgent need to provide psychological and emotional support.

Additionally, at the conference, the Danish Government committed $10 million to AmplifyChange to fund work that aims to end FGC and Child Marriage.

It was wonderful to hear so much attention being given to this form of gender violence. Being in attendance reminded me again of the importance of having an NGO like Sahiyo represented at the conference, not only to voice the challenges of ending FGC within the Bohra community, but also to also collaborate with other government officials, NGOs and FGC activists to learn from each other and support one another in all the work that we do to end FGC globally.

On a personal level, the conference allowed me to strengthen my relationships with FGC activists and organizations who I had digitally known for years, connecting with them via e-mail or phone, but had yet to meet in person. Working to empower girls and women can be tough, lonely and draining at times. This is why finally meeting with these women, with all women and men who were working to end gender violence, was so uplifting and reassuring.

Women Deliver offered an opportunity for individuals dedicated to the new Sustainable Development agenda to come together and re-energize and recommit themselves to the work that lies in front of them. And I was glad to know that ending FGC at the global level is now part of that conversation.