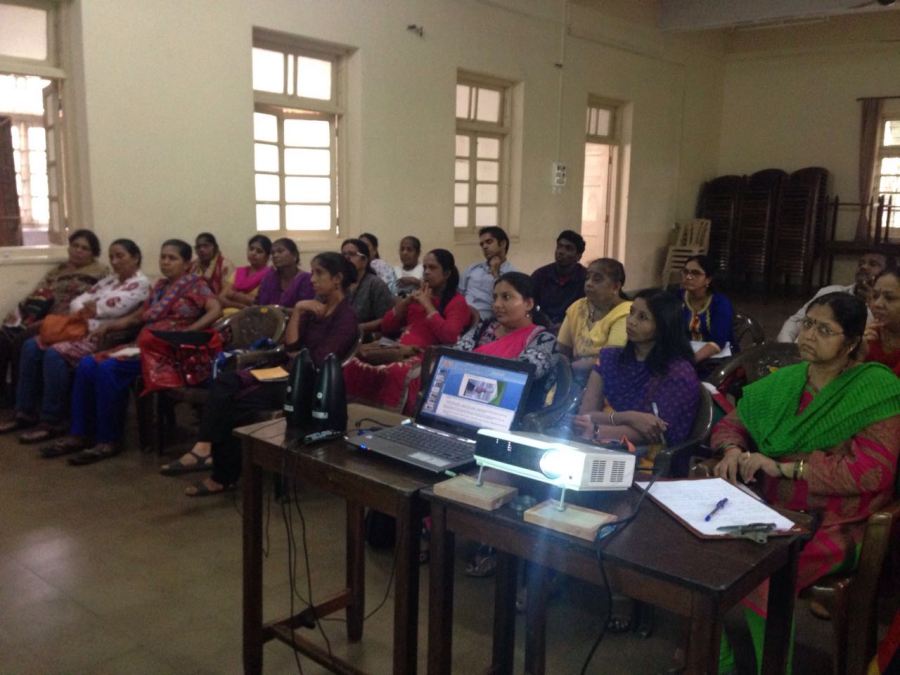 On October 6, Sahiyo co-founders Insia Dariwala and Aarefa Johari were given an opportunity to introduce the topic of Female Genital Cutting to a host of grassroots social workers in Mumbai. This opportunity came through an invitation from the Justice and Peace Commission, one of many organisations run by the Catholic Church in Mumbai to work with local communities across religious lines. The Commission runs community centres across the city, but the session that Sahiyo conducted with more than 20 social workers was held at JPC’s headquarters at St. Pius College.

Most of the participants in the session were grassroots activists working in their respective communities and neighbourhoods on a range of issues, particularly women and children’s rights. The topic of FGC or khatna was new to many of them, and they were keenly interested in Sahiyo’s introduction to the issue, the explanation of the reasons cited for practicing khatna and how FGC is essentially a social norm like so many others.

Participants were then encouraged to discuss various social norms in their own cultures and how they could possibly be combatted. This was an enthusiastic and very involved audience, and the topic of social norms led to very lively discussions. Predictably, the women grew more lively while talking about menstrual taboos and one woman shared a heartening story of how her young daughter changed the norm in their home by refusing to follow her grandmother’s menstrual restrictions.

Most of the participants were women, but the few men in the audience spoke of the pressures to be ‘masculine’ as a social norm. One of the activists talked about how she makes both boys and girls at her NGO do household chores, even though the boys are not expected to do the sweeping or cleaning at in their own homes.

After the talk, several participants expressed an interest in discussing FGC with their own Bohra friends. We sincerely thank the Justice and Peace Commission for giving us this opportunity.