On the occasion of International Zero Tolerance Day for Female Genital Cutting, Sahiyo is proud to present the complete findings of the first large-scale, global research study on the subject of Khatna as practiced by Dawoodi Bohras.

The report of the study, titled ‘Understanding Female Genital Cutting in the Dawoodi Bohra Community: An Exploratory Survey’, was officially released at a press conference in Mumbai on the morning of February 6, 2017. The report contains the full results and analysis of a detailed online survey of 385 Dawoodi Bohra women from around the world. This survey was conducted over a period of six months from July 2015 to January 2016.

What did the Sahiyo survey find?

We encourage you to read the full report to understand the methodology used in the survey, the complete statistics and findings, the analysis of the data and the stories of women who provided personal accounts of their experience. However, here are some key findings at a quick glance: 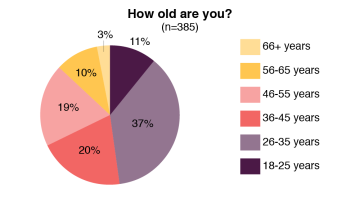 80% survey participants had been subjected to Khatna as children. Out of those women,

Survey participants had heard of multiple different reasons for why Khatna is practiced in the Dawoodi Bohra community. The most common reasons were:

Hope for the future:

Perhaps the most important finding of the Sahiyo survey is that a huge majority of the participants do not want the practice of Khatna to continue.

This indicates an opportunity for the prevalence of Khatna to reduce among Dawoodi Bohras a generation from now.

Because there has been almost no research on Khatna among Bohras before this.

Female Genital Cutting (known as Khatna or female circumcision in the Bohra community) is recognised as a form of violence against women and children. It is illegal in many countries, has no mention in the Quran and is in fact considered un-Islamic by many Islamic scholars.

Dawoodi Bohras have been practicing Khatna as a secretive ritual for centuries, and the silence around the practice has broken only recently, in the past four or five years. Even though many women from the community are now speaking out about their personal experiences of Khatna and pushing for an end to the practice, there has been little to no scientific research on the subject.

Without research and representative data, it is difficult to determine the degree of prevalence of Khatna and to understand the complex social norms and cultural value systems that shape the practice of Khatna within the community. The lack of research also makes it difficult to pass legislation and policies, and to design outreach and education programmes to push for an end to the practice. As the first large-scale research study on FGC among Bohras, Sahiyo’s Khatna Survey aims to fill this gap in knowledge and data.

The Sahiyo online survey is a preliminary and exploratory study of Khatna. The survey results point to the need for much more in-depth field research, both qualitative and quantitative, on the practice of Khatna among Bohras. In the future, surveys of Bohra men’s attitudes towards Khatna are also needed. We hope that this pioneering survey becomes a base for future research on Khatna.

(Conducting large-scale scientific research on FGC requires funding and other resources, which are currently lacking in India and other Asian countries where FGC is practiced but not widely known. To encourage the United Nations and other international agencies to invest more towards research and advocacy to end FGC in Asia, please sign and share this Change.org petition by Sahiyo and 32 other global organisations!)

(If you are a media professional interested in covering Sahiyo’s survey or other aspects of Khatna among Dawoodi Bohras, do read Sahiyo’s detailed Media Resource Guide on how to sensitively report on Khatna – we created it especially for you!)