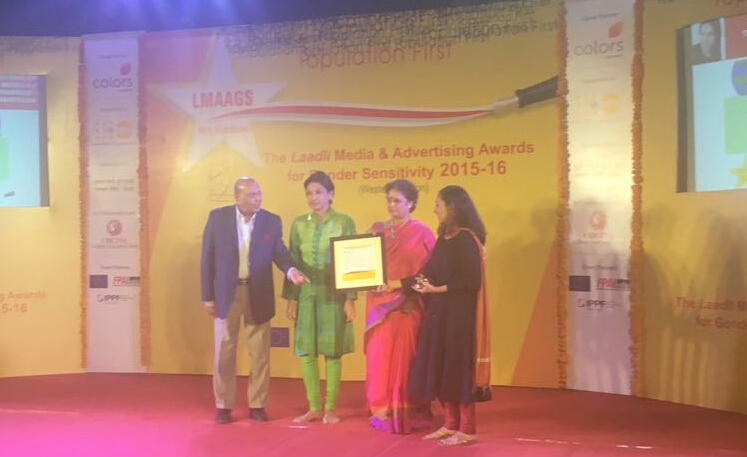 The essay, titled ‘It was a part of me…part of my womanhood‘, won the award for Best Blog in the ‘Web-blogs’ category in the eighth edition of the Western region Laadli Awards, which celebrate gender sensitive advertising and journalism in India. The award ceremony was held at Ahmedabad’s Gujarati Sahitya Parishad on February 23, with prominent dancer and artiste Mallika Sarabhai as the chief guest.

The winning essay describes the author’s memory of undergoing ‘Khatna’ and her struggle to come to terms with it. Read below the jury’s citation on her powerful narrative:

The blog is a powerful and vivid account of a woman’s memory of female genital cutting. She speaks about the secrecy of the practice as well as the young age at which it happens. This story is among a handful stories that carefully look at female genital cutting among the Dawoodi Bohra community in India.

This essay was among the first few accounts of Bohra women willing to share their stories on Sahiyo’s blog when it launched in December 2015. Sahiyo believes in the power of storytelling and this blog is a story-sharing platform for all those who feel passionately about khatna or FGC and who wish to see the practice end.

We would like to say a big thank you to Population First, the organiser of the Laadli Awards, for honouring Sahiyo’s blog contributor through this award!