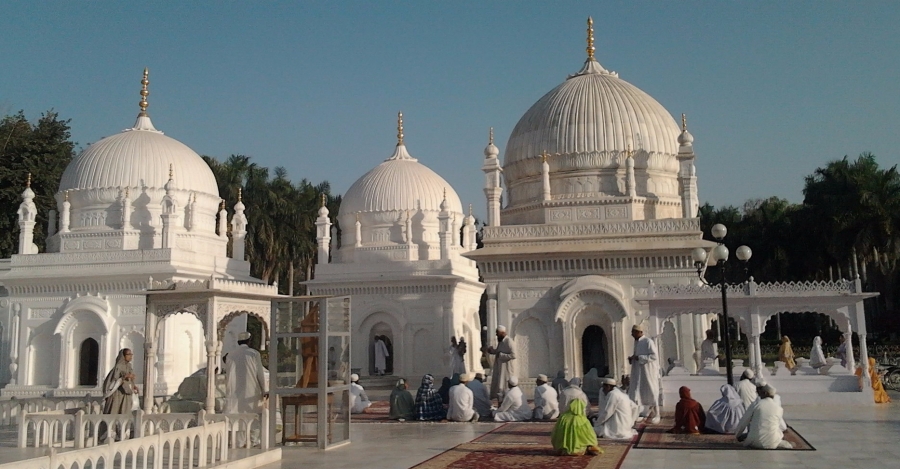 Even though I clearly remember when ‘khatna’ was performed on me, it wasn’t until I was a teenager that I first started to question this practice within the Dawoodi Bohra community. It always felt wrong, but if my mother, sister, and seemingly everyone else in the community embraced it, who was I to question?

I had been an obedient little Bohra girl – attending the mosque, fasting, and doing everything exactly as it was expected of me. As I reached my teens, however, the restrictions I had as a Bohra woman grew ever more oppressive. My curiosity led me to start looking for any information I could find about ‘khatna’ – but to be honest I didn’t even know what to type into Google! When I finally figured it out, gory pictures of female genital mutilation in Africa filled my computer screen, but there was little or no information about it being practiced within the Bohra community. Talking about it within the community was obviously taboo, but I did have a college friend, a Bohra girl my age, who I confided in. “I think we may have some problems when we grow up, and we may never be able to enjoy sex,” she said. That was the limit of her knowledge and she was as confused as I was. My anger continued to grow – many rules within the community, especially for women, were illogical, outdated and absolutely unnecessary. And ‘khatna’ was the cruelest of them all.

More than my own experience, the hardest time for me was when my older sister’s daughter turned seven (the age when ‘khatna’ is performed), and it was clear that my sister and mother were planning to continue the tradition. I felt helpless and hopeless seeing my little niece in fear. Seeing her in pain the night after she was cut saddened me to the core. This cruel ritual was so deeply rooted in religious and cultural beliefs that it would be very difficult to break. If any change had to happen, it had to happen from within the community – but how, when no one was even willing to talk about it?

As news about the three doctors getting arrested for performing ‘khatna’ on young girls in the US spreads far and wide, it becomes urgent and extremely important for us within the community to talk about it. I am sure that there isn’t a single woman in the community who hasn’t questioned this practice at one time or another. After all, how can a mother willingly subject her daughter to this torture? Instead of hiding our heads in the sand and pretending that what is happening in Michigan does not concern us, we need to use this opportunity to talk and question.

Having grown up in the community, I completely understand the nuances of this problem – no Bohra wants to talk about it because it involves a private part, a sexual organ of a woman, and talking about sex is taboo. But we can get together in small groups of family and friends to reexamine this outdated ritual. There are now non-profit organizations, like Sahiyo, committed to creating awareness and educating the community. There is enough scientific data to prove that there is nothing beneficial about this ritual. Those of us that feel strongly need to find avenues to share our experiences, whether it is through schools and colleges, other community organizations, or signing petitions. We need to voice our anger with a system that threatens its people and brainwashes them to believe that gruesome acts like ‘khatna’ are for their betterment.

I have so many Bohra friends across the world who have little girls and others who will have children in the near future. Of course, they love their daughters, and would rather not subject them to this cruelty, but the pressure to conform is stifling and very few have the power to stand up to it. Our right to think independently has been stripped away from us, and we don’t dare to question our religious leaders. Every single day, several girls suffer this torture all over the world – and it affects their lives forever. Time is passing quickly, and we need to rise up and demand that community leaders put an end to this practice NOW.