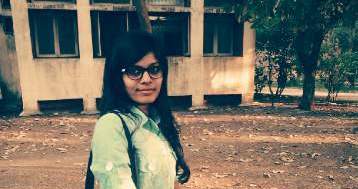 One day before Sahiyo’s first activists’ training retreat for Bohras held in February in Mumbai, I was a bit nervous about how it would pan out in terms of arrangement and its overall functioning. But at the same time, I was excited to meet many of the new participants who were supposed to come from outside Mumbai as well residing in Mumbai, with a common goal to bring an end to Female Genital Cutting (FGC).

Surprisingly, on the day of retreat, as participants walked in one by one and we introduced ourselves to each other, I never felt as if we were meeting for the first time. Initially, we began with an ice-breaker activity where we formed a circle and each person turn by turn had to talk about one thing that made them proud about themselves. Others in the circle who shared the same experience or sentiment would then have to high-five the speaker. Almost all participants ended up high-fiving each other because all of them had similar pride in working towards gender equality, helping people in need, educating the girl child, ending FGC and so on. This activity led to higher comfort-levels amongst participants.

The different sessions that followed this introduction dealt with the challenges people face and the best ways to tackle the issue of FGC by spreading awareness and strengthening communication. The sessions were quite interactive and participants actively participated and added their thoughts, suggestions and innovative ideas to eliminate FGC. The most motivating thing for me was that men also took keen interest and were very sensitive about the practice, in the belief that this issue is not just a women’s issue and we need the collective effort of both men and women to end FGC. Moreover, some of the participants belonged to the older age group, and their support to the movement to end FGC was a great achievement and inspiration for the younger generation.

At the end of the training workshops, each and every one took responsibility to help the cause in their own ways, whether it involved spreading awareness at the college level, helping in creating videos and animations on FGC, approaching the masses at the village levels, writing articles in medical journals or approaching medical experts. The participants expressed the need to have more such retreats and workshops in the near future, which was proof to me that this retreat was a success.