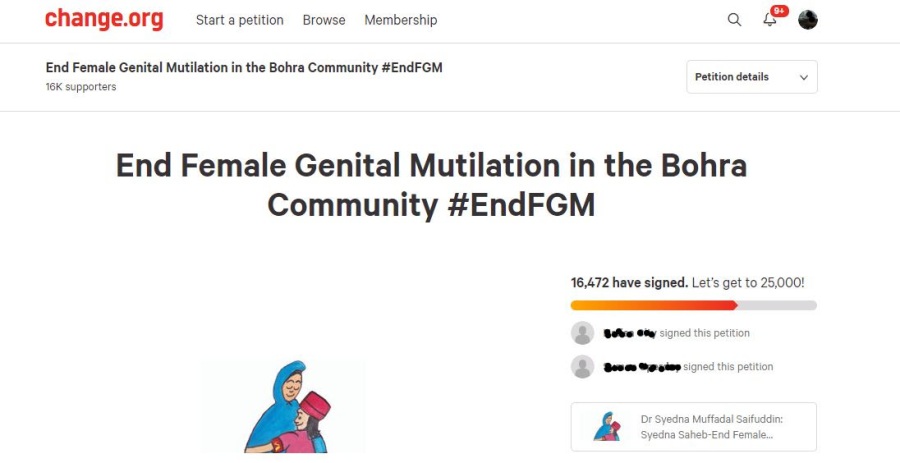 A new change.org petition calling for an end to Female Genital Cutting in the Bohra community was started in September by Ranjana Sehgal and Umi Saran.

The petition is addressed to Dr. Syedna Mufaddal Saifuddin, the spiritual leader of the Bohra community, and was started in response to the Syedna’s visit to Indore to give sermons during the first ten holy days of Muharram.

As the petition mentions, “Although the matter is already in the Apex Court if the directive to end FGM comes from the spiritual head of the Bohra community, it will be easier to put an end to this violent practice. The Government of India’s WCD Ministry has said that FGM is in clear contravention of our laws, the Indian Penal Code and Protection of Children from Sexual Offences (POCSO).”

Over 16,000 supporters have already signed, and the campaign’s next goal is reaching 25,000 signatures.  If you would like to support by signing, click here.