(An alias was provided to protect the survivor’s identity and family.)

There was once a girl who was seven-years-old in Mumbai, India. She and her mother visited a woman so that she could have her “khatna” done. Her mother was an educated woman and later a principal of a school. Today, she was having done to her daughter what her mother had done to her. The mother did her research too, because the woman they visited was known to be quick and effective. There were claims that she inflicted the least amount of pain possible. The little girl paid her respects to the woman who would do the khatna without quite knowing why she was there. Before she knew it, she felt the pain. Then the woman guided her to the sink to wash her hands and pressed two cookies in her small palm–cookies that had been a favorite treat until then.

After the procedure was over, the mother carried the girl down the stairs. She was considered a “big girl” at the time and hadn’t been carried in ages. They got a taxi as well, despite the family being poor. The mere presence of the taxi testified to the importance of the event, not to mention the trouble she would have walking back to her uncle’s house. The mother spoke with an aunt there, saying she thought her daughter would cry for hours; but she seemed fine now, though. However, she was far from fine. Fatima wouldn’t talk about this event for another four decades.

As an adult, Fatima gained the courage to speak up about FGC. Three years ago, when Masooma Ranalvi started to advocate against the practice, Fatima found her voice. A survey by Sahiyo was also done, which revealed that no one spoke about the practice, but continued it even though the community that practiced it was considered educated and progressive. Female genital cutting (FGC) was a generational secret that about 80% of the surveyed population underwent. There is an understandable cause for worry within the community if one does not undergo it. Skipping out on the procedure could lead to a handful of issues, including a loss in social standing, or the local clergy harassing parents if you’re in the United States with your family back in India. Families persuade their women to have their daughters cut they believe to purify them and prevent promiscuity. Some succumb to the pressure, while others lie that the procedure was done so the constant nagging can subside. There’s also the option of vacation cutting (sending the girl away on a “vacation” for her to be cut) for those in America. Even all the way in Detroit, a personal shame makes it so that one may only talk about it amongst their closest friends. Fatima knows another woman, a lawyer in Houston, who went to Pakistan at age seven in order to be cut. It’s believed by some to be the ideal age because the girl is young and submissive, but old enough to remember what was done to her and continue the tradition when she has daughters.

Fatima is happily married with her husband and has two adult children, both boys. However, if she ever had a daughter, she would not have let her undergo FGC. A friend of hers commented on this once, claiming she was fortunate to not have to deal with female issues, like urinary tract infections. Fatima’s mother was visiting at the time and overheard their conversation.

Her mother said something along the lines of, “Oh, our girls don’t get infections because we have this done to them,” referring to FGC.

The friend did not know of FGC and probably would have asked more if Fatima didn’t interject. “That’s not true,” she told her visibly shocked mother. “Let’s not talk about it now.”

Unfortunately, the time to talk about FGC never came for Fatima and her mother. When thinking about her late mother, Fatima believes that she would be upset with herself in learning that while her mother had the intention to genuinely help Fatima, the incident only harmed her at seven-years-old, and still does today.

Fatima doesn’t have any physical problems as a result of being cut, but the trauma from the event still resides within her. After all these years, she remembers the pain. She believes that she lives a relatively normal and happy life, but the memory of being cut is there.

She can’t talk about it without crying, even though she doesn’t want to cry. “Why was this done to me?” Fatima said that she didn’t want her tears to weaken the message to end cutting. Fatima wants FGC survivors to open up, speak up, and get the help they need. The next generation needs to be protected and supported. Fatima said that even with leading a relatively normal life, the trauma is still there. “I will never be a full woman. I will never know [the] full sex experience, and I will never know how it feels to be uncut.” 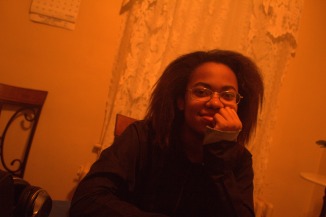 Brionna is currently a high school senior in the District of Columbia. She likes drawing, helping others, and being able to contribute to great causes.