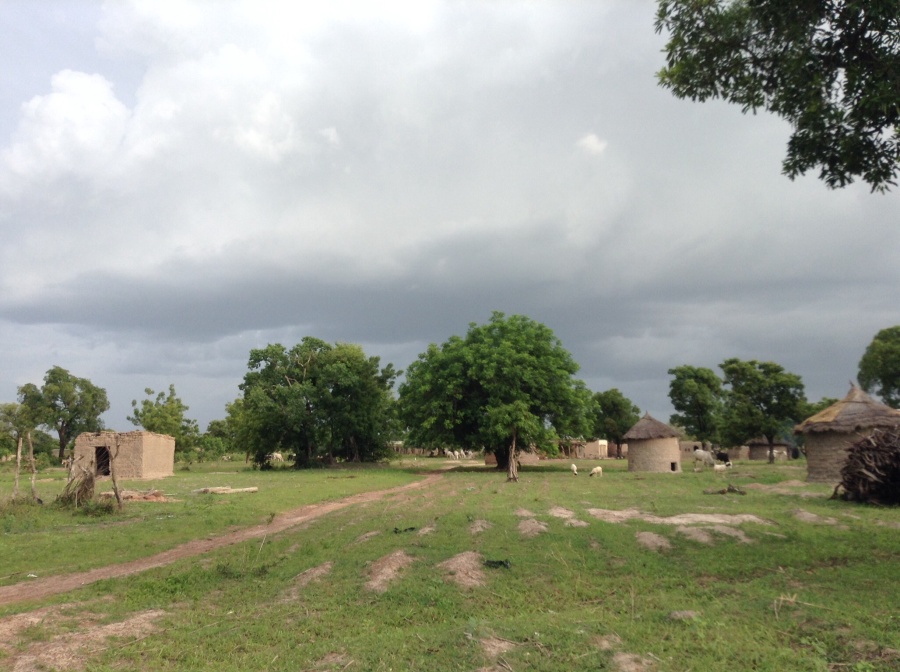 [This is Part 2 in a series of posts about Jenny’s experience of learning about female genital cutting happening within the Malian community in which she lived. Part 1 details her stumbling upon the aftermath of a cutting in Konza.]

As the editorial intern at Sahiyo, I’ve been reading the stories of women who’ve been sharing their experiences with female genital cutting with the world. Each story is so important, and reminds me of the stories of girls and women who shared their experiences with me during my time in Mali, West Africa. I lived in Mali from 2006-2009, but I went back in 2014 to work on a project about FGC within my community.

Five years after my Peace Corps service, my old mud brick house in Konza was occupied and Mali was hotter than I remembered. I flew back to visit friends, but I also wanted to explore the impact female genital cutting (FGC) had on community members. Cutting in Mali is as ingrained in society as pounding millet for dinner. The Sikasso region of Mali in which I lived maintains a 90.9% prevalence rate of FGC.

I had Kodak prints with me taken on the day of the cutting in Konza that I’d been privy to years prior. There were 21 girls of varying heights who gathered under a tree for a photo — all barefoot, and all wearing long fabric over their heads with colorful patterns of stripes, leaves, acorns and sunbursts. The girls in the group photo were adorned in head wraps, a symbol of their new status in the community as having been cut. They stood in a crescent shape in front of a mango tree. Only one adult woman out of the four present was wearing a long piece of solid white fabric covering her head. There was a lone silver tea kettle sitting in the dirt in front of them. Even though I can hardly look at the prints because of the emotion that’s palpable on their faces, it doesn’t occur to me that showing them to others during my search girls may be triggering for the girls in the photos.

I remembered a meeting I held with the community elders in a round mud brick structure near the end of my time in Konza during Peace Corps. Women hardly ever attend these meetings, let alone call them and set the agenda. About ten men sat on the floor ready for my monologue. I’d worked for a year with Binta, the midwife and the only health practitioner in the community. She hadn’t been paid in six months. The community had given her grain for sustenance, but didn’t give her monetary compensation. Binta was in Sanso, a mining town with her husband, and wasn’t present for the meeting.

I began by telling them that she works all hours of the day birthing their babies and burying placentas, as well as taking care of other ailments and injuries outside of her purview. They understood but expressed that they simply did not have the money to pay her. Paying her would involve pooling a small amount of money from every household in the community monthly. I paused. And then I let the words roll off my tongue in Bambara. “When cutting season comes, you find the money to pay the cutter to cut your girls, but you won’t find the money to pay the midwife.” The chief of the village, nearing 100 years old, had been lying on a cot. I was sitting on the edge. He bolted upright next to me and said, “Crazy woman!” to the men in the room. I laughed. I told them if they didn’t pay her they would not be receiving another volunteer. A few weeks later, they paid Binta for the full six months.

They welcomed me into their community and I threatened them by conjuring one of their most sacred traditions. I felt powerless that young girls in the community were being violated and no one was doing anything about it to my knowledge. I also could not understand how you could avoid paying the midwife for birthing your children. I’m sure there are a myriad of reasons, not the least of which is that the community members live in one of the poorest countries on Earth. But my reasoning was simple: if you can pay a person to inflict pain in the name of tradition, then you can pay a midwife to ensure your wife and children have access to safe delivery.

I had brought the printed portraits of the girls I photographed the day of the cutting in 2007, in hopes that I could interview them about their experiences with FGC. None of my friends could identify the girls. My translator suggested we try to interview the girls I photographed in a different series I also had with me called The Chair Portraits. Since the girls in that series lived in close proximity to me, my friends knew who they were and and where they could be found. Most of these girls were now teenagers who worked in the field all day. They too had all been cut years before.

One had moved to another community to work in a gold mine. Another, Yaya Kone had gotten married and moved to a nearby village. Jemani Kone moved five kilometers away to Kouale, a nearby community on the main road to Sikasso. Several were still in Konza.

Jenebou Kone was the first to agree to talk about how and where the cutting took place, and how it affected her. We walked to the northern part of the village for privacy and sat under a tree. I pulled out my RCA digital voice recorder and after she gave me her consent, I pressed record.

(This blog is the second in a series of blogs meant to inspire a larger, global conversation about girls’ and women’s health and rights, cutting as a practice, and ideas for positive change. The third blog will unpack my conversation with Jenebou and other community members in Mali. A series of conversations about cutting in my community in Mali led me to advocacy work at Sahiyo. My hope is that collectively we can gain understanding of the practice, and in doing so, encourage abandonment.)