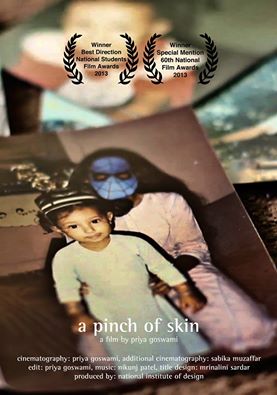 Sahiyo co-founder’s documentary ‘A Pinch of Skin’ will be screening at NaturFreudeJungend in Berlin on the 25th May. 25th May is also the one-year anniversary of the historic repealing of the ban on abortion in Ireland, also known as the 8th Amendment. This is especially significant as a successful contemporary feminist movement, where women of Ireland voted against the ban on abortion, influencing pro-choice ideas in the Irish constitution.

Goswami will be joined by a pro-choice activist from Ireland, Dervla O’Malley and Dr. Tobe Levin von Gleichen, Female Genital Cutting/Mutilation activist, for a panel discussion post the screening. The discussion will aim to look at practices and cultural ideas such as Female Genital Cutting, stigma on abortion, menstruation taboos which try to control the female body and sexuality.