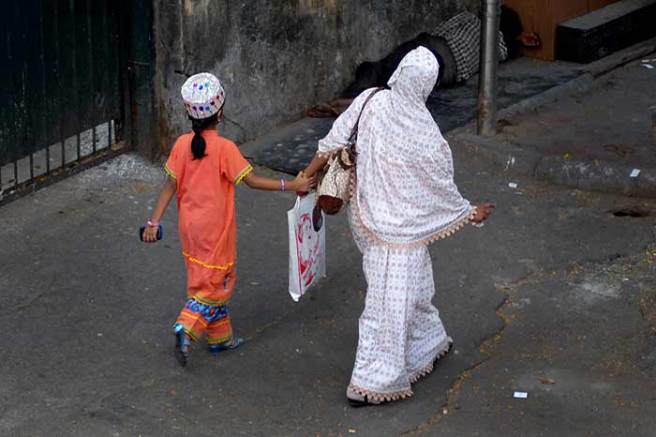 Female Genital Mutilation/Cutting (FGM/C) has been an international cause célèbre, and generated remarkable global attention for the past several decades.  At international and intergovernmental levels, there is unequivocal consensus that FGM/C represents an extreme violation of the human rights of women and children, a danger to sexual and reproductive health, a harmful practice and a form of gender-based violence, and that it must be abolished.  Nations around the world have intensified and expanded their commitment levels to FGM/C; more and more data has been collected, analysed and used; and the UN, its agencies and NGOs around the world have refined and scaled up their efforts on the ground to ban, and eradicate it.  In fact, the UNFPA-UNICEF Joint Programme on Female Genital Mutilation/Cutting:  Accelerating Change is the largest global initiative to promote abandonment of the practice of FGM/C.

However, despite all this worldwide effort to end FGM/C, India in particular, has escaped much of the focus and global attention due to the fact ‘khatna‘ or FGM/C is pervasive and secretly practised amongst the members of the Dawoodi Bohra Shia Muslim community (emphasis mine).  The cultural practice of khatna is non-existent, and virtually unknown in various Muslim sects, sub-sects and communities, as well as, other religious denominations found in India, namely, the Hindus, Christians, Parsis, Jains, Buddhists, Sikhs, etc. The Dawoodi Bohra Shia Muslim community, found in large numbers in India and Pakistan, and to a smaller extent, in Bangladesh and Sri Lanka are the only Muslim community in the Indian sub-continent that practises FGM/C.

In November 2015, this secretive and clandestine practice known as khatna amongst the uniquely close-knit Dawoodi Bohra Shia Muslim community, attracted worldwide media attention. Three members of the Dawoodi Bohra(DB) community were convicted in Australia’s first ground-breaking prosecution of a FGM/C case where a retired nurse, a mother of the minor girls and a Dawoodi Bohra clergy member illegally participated in carrying out khatna on two minor girls. News of these convictions was reported worldwide in the media including newspapers such as UK’s The Guardian, The Times of India, Hindustan Times, and television news channels in India, Australian and UK.

This landmark Australian prosecution of members of the Dawoodi Bohras for illegally practising khatna has prompted several DB women in India to collectively speak out against this dangerous and harmful ritual.  Unfortunately, open discussion on FGM/C remains a taboo, even in developed countries due to cultural and religious relativism which has created a reluctance to openly confront and tackle ending FGM/C.

I do not wish this post to be seen as a criticism of the Dawoodi Bohra Shia Muslim community to which I belong, but rather a voice seeking to achieve the most fundamental values that underlie all religions, traditions and cultures – “do no harm to others”, which approach, I believe, will promote the wider issues of ending violence against girl children and women, and tackling gender equality in patriarchal societies.

The aim of this post is to also offer some cultural insight and understanding of the Dawoodi Bohra Shia Muslim community, to throw light, raise public awareness and capture the underground cultural practice of khatna through the words and lens of Dawoodi Bohra women living around the world.

I was born in, and belong to the Dawoodi Bohra Shia Muslim community.  I know khatna personally and intimately because it was performed on me at the age of 7 years.  The horror, trauma, grief and sadness remain with me till today.